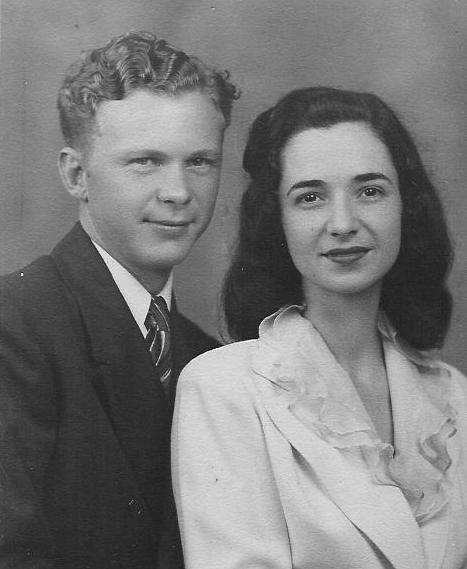 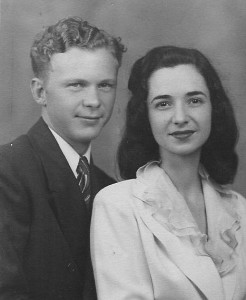 Posted by myjourneyoffaithmagazine on August 6, 2012

“He said it would be hard, but he didn’t know how hard it really would be.” These words came from the mouth of my Mother a few years after Daddy passed away. They had been married more than 50 years and now Mother was learning to live without him.  She would have to start a new life apart from her beloved.  They had discussed the possibilities of which one would go first, Daddy had decided Mother could handle being alone better than he could.  In her words, she told me “he was wrong, he just didn’t know how hard it would be.“ She was struggling to handle his passing.
As it happened, Mother developed Alzheimer Disease.  Sometimes a major event will cause the disease to escalate, she was already experiencing signs of forgetfulness in short term memory.  With Daddy’s death, I think Mother reasoned that it was easier to forget than grieve when she remembered him. She refused to take any medication.  She wanted to forget.  And so she did.

Changes in life can be extremely hard.  We can either accept the change as a new challenge or withdraw from it all together.  Mother made the choice to withdraw before she even reached the middle stages of the disease. I don’t blame her.  I might have done the same thing.  I can remember asking her to please take her medication and she replied the usual, “I don’t want to.”  My response was, “Please, I feel bad when you don’t take it.” She said, “It’s not your fault that I don’t want to take my medicine”.  She knew she was making a choice.

God provides changes in our lives as part of the growth process.  Whether the change is moving from one location to another, marriage, children, empty nest, grandchildren or death, it is all part of life.  God provides opportunities to serve Him in ways we don’t even know and certainly can’t comprehend at the time.  The way we approach change depends on us.  Ultimately, we make the decision about how to embrace it.  We don’t know what will happen or what purposes will be fulfilled.  But rest assured God is still in control.

Would things have been different if Mother had made the choice to take her medication in the early stages? Maybe. Perhaps things might have been easier for her family at least for a little while.  Alzheimer still would have worked its evil to the end.  But even through this, God’s purposes did prevail.  A testing of her daughters’ faith gave them a stronger sense of who God is.  I saw the presence of the Holy Spirit within her. Even though she didn’t remember my name, she still knew Jesus.  She remembered the words to the songs she had learned so many years ago.  She remembered the tunes to the songs. And she remembered how to pray.  She would pray, “Dear Father” and end by saying, “I love you, I love you.  Amen”.

Change that occurs in one life affects others.  Alzheimer was a change I did not want.  Mother’s change affected me deeply. Change seemed to be taking place on a daily basis. I knew, however, that God was still in control of my Mother’s life and mine. There were many times during these years that God’s Word would give me comfort.  “My soul is weary with sorrow; strengthen me according to your Word”(Psalm 119:28).

His Word taught me many things. Chief among them was a verse I had learned years ago and once again had to put into practice:  “I can do all this through him who gives me strength” (Philippians 4:13).