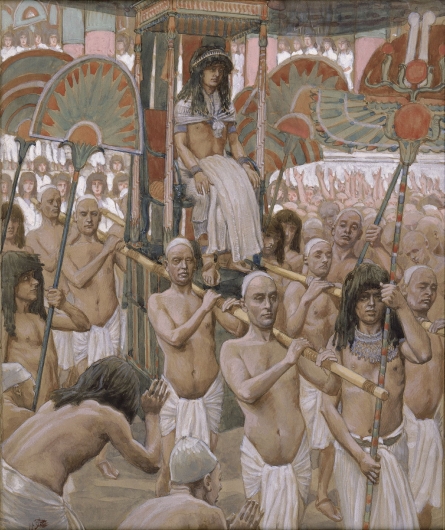 Really, God? Why me? What was the purpose of this? Haven’t I been faithful?  Haven’t I been trying to follow Your way?  Why this? Why now?  Help me understand.

As Christians our purpose in life is to bring glory and honor to our heavenly Father as we live striving to be more like Jesus Christ. This means being obedient to His leading no matter the circumstance. It means being content in the places we find ourselves.

If you have accepted Jesus Christ as your Savior, you are a child of the living God.  He has a divine plan in place for you in order to use you for the glory of His Kingdom.  A plan that culminates in work for the Kingdom of God that only you can fulfill.

While living in Canaan, Joseph did not know what God had in store for his life. Every event, every place he lived provided a training ground and preparation for the task of saving the lives of many people, including his family through the famine. His task included bringing the entire family of Jacob into a foreign land as prophesied by God to Abraham.

Joseph could not have known or even predicted where God would lead him.  Certainly, Joseph would not have imagined becoming the Vizier of Egypt, as second in power just below Pharaoh himself.  But wherever Joseph found himself, he used the opportunity to serve and learn to the best of his ability.  And because of this he was blessed and others noticed that he was blessed.

“Many things in our life often seem insignificant or trivial but I have learned that everything that happens provides a building block for the next step…YHWH knew the plan He had for my life. He knew that I would one day be second in command of Egypt. He knew I would save the lives of many people.  He is the one who gave me the gift of interpreting dreams and the gift of administration.  I had much to learn along the way, but in every step the things I was learning enabled me to perform my very best, based on the way I responded to Him in each situation…God is using every circumstance in your life to mature your faith for a task/purpose He has for you.  He prepares you for accomplishing His plan by giving you ‘on-the-job training’…those years I spent in prison were hard for me but those were the years that I walked most closely with Him.  I did not know what would happen to me.  I had been accused falsely of a crime. I did not know if I too would be executed like the chief baker, but that was not what YHWH intended.  I learned from my experience in prison about Pharaoh’s court and the laws of the land.  This enabled me to perform my duties during the years of plenty and the years of famine in a way I never would have been able to do had I not gained that knowledge.  As a result many lives were saved from starvation, Egypt prospered, and my family grew to be large in number.”

Really, God?  Yes, really!  God has a purpose for everything that happens in your life.  Be content in where the Lord places you.  You have things to learn that may serve a greater purpose later.

Posted Janurary 13, 2014 in My Journey of Faith Magazine