Posted on September 9, 2013 by Sandra Hardage in My Journey of Faith Magazine

The Bible is full of stories of faithful men and women. They are truly examples of prevailing faith through trials and tribulations along the journey of life.  I love to imagine what these men and women were feeling and thinking during these testing times of faith. I often write their stories in first person as the Lord leads.

One of my favorites is the story of Joseph, the son of Jacob, grandson of Isaac and great grandson of Abraham.  The Lord has given Joseph to me as a special assignment and over the past six years, I have studied him relentlessly.  As a result of the study, I have written a book FAITH Joseph’s Story, a novel and a Bible study.

You remember Joseph’s story, don’t you?  His story is found in Genesis 37-50.  Joseph was the oldest of two sons born to Rachael and Jacob. Joseph’s birth was the long awaited child of Jacob’s most loved wife Rachael. Rachael had been barren for many long years, while her sister Leah produced many sons for Jacob. Talk about sibling rivalry!

As the story goes, Joseph was the favorite child of Jacob and received preferential treatment from his father. Jacob even gave Joseph a very special coat to show him how much he loved him. This coat was so beautiful and one that indicated to the others that Joseph would receive the coveted birthright. They became jealous.

Then God gave Joseph two prophetic dreams that would remind Joseph of God’s care in the years to come.  Both dreams involved the brothers bowing down before him and the last dream included his father and mother doing the same.  Joseph told his brothers and father about these dreams and the brothers’ jealousy was stirred even more. How dare Joseph think he is better than his brothers!

Jealousy soon caused the ten brothers of Joseph to hate him so much they had the desire to murder him.  It wasn’t long after the coat of many colors and the prophetic dreams the brothers took matters into their own hands. 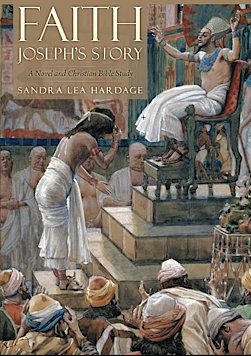 “My brothers’ jealousy grew worse. They became very bitter toward me, so I stayed close to my father as often as I could. This made them all the angrier. If I walked up to them, they would turn from me or make jokes about me and laugh. I thought they would get over their jealousy because we were family, but I was wrong. Instead, everything grew worse.

I didn’t know exactly how much my brothers hated me until one day, on my father’s orders; I went to check on their progress tending sheep. They had taken the sheep to Shechem, which was a long distance from our tents, in search of good pastureland. I traveled to Shechem but did not find them.  I was directed to Dothan where better pastureland provided more grass for the sheep.

Perhaps it wasn’t the best idea to wear my beautiful coat while searching for my brothers, but it was cold and windy. They saw me in the distance, and the sight of my coat kindled their hatred. As they spoke to each other, their hatred grew. Soon they devised a plan to kill me and dispose of my body in a nearby pit. Telling my father would be the tricky part, so they decided to tell him an animal had devoured me.

When I got to them, my brothers quickly ripped off my coat and threw me in a nearby cistern that once had been filled with water. The cistern now was dry and the wall too high for anyone to climb. There was no way I could escape unless someone threw down a rope. I begged for mercy, but they refused to listen.”

We can glean many personal “take-away” lessons from this portion of Joseph’s life.

Joseph’s father Jacob had issues of his own from childhood when his father Isaac’s favorite son was Esau.  It is apparent that he didn’t learn much about favoritism.  But in spite of human error, God’s plan was at work.  God had a plan for Joseph’s life.  It was revealed to him in these two dreams when he was seventeen years old.  Dreams that would be fulfilled many years later in a country named Egypt.  This was the fulfillment of a God-given promise by YHWH Himself to Abraham as part of the covenant promise.