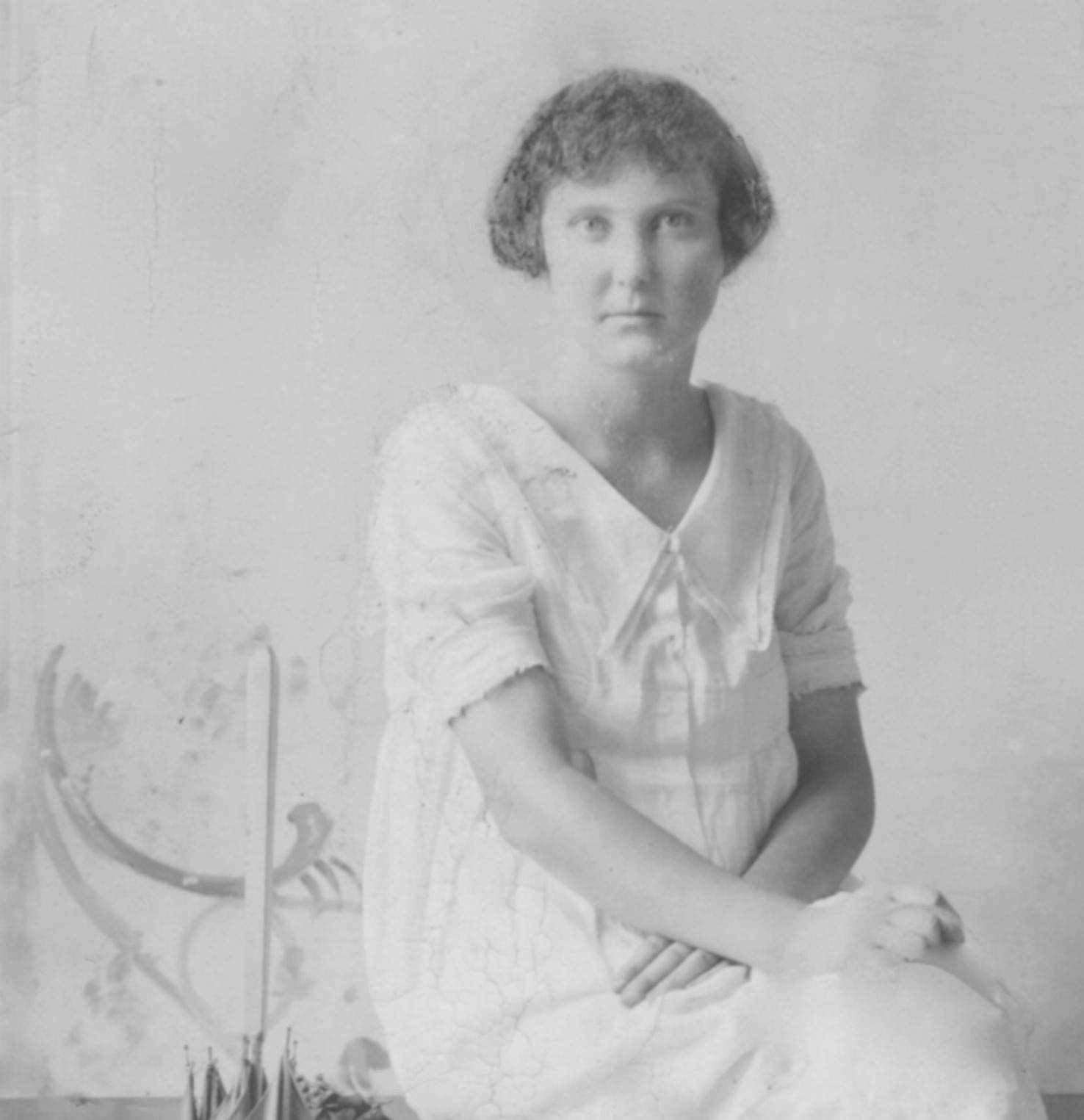 She was a feisty, tobacco-chewing woman and number five in a family of ten children. Born in 1900, she lived hard growing up in Arkansas. Her name was Frances Agnes Lafayette Karr and she was my “Grandma”.

Grandma attended church as a child and learned about Jesus in the backwoods of Arkansas when traveling preachers rode the circuit from one community to another preaching the gospel. She had a strong faith and even prayed for the life of her cat that was almost dead. She and her sister placed the cat in an apple crate in the barn after their father said he was going to kill the cat in the morning. Grandma said, “Let’s pray for her” and they laid hands on the cat and prayed. In her words, Grandma said, “I didn’t know how to pray but I said ‘God don’t let Papa kill our cat tomorrow. We love her. Make her well.’” God heard and answered her little prayer. The cat was well the next morning.

Later in her life, she stopped going to church for reasons I do not know. But there is no doubt in my mind that she knew Jesus and He is the one who sustained her during the tragic and hard times of her life. She knew how to pray. She and my great grandmother prayed for my daddy when he was dying of pneumonia. And God answered their prayers.

Describing her is hard. One word, a group of phrases or maybe even a book would not cover who she was but the picture of her that comes to my mind was her sweet smile. She had a gold tooth that she said grew there in the space where her lost tooth had been because she didn’t put her tongue in that space.  I tried hard but never was able to grow a gold tooth like Grandma.

She was funny, witty and she loved me. She was very artistic and drew pictures of landscapes of Arkansas land and rivers using crayons on the back of wallpaper because that is all the paper she had. She labeled all her photos on the front of the photo and not the back. Her favorite sayings were “back at ya”, and “So There”. At the age of five, she taught me my first cuss word for which I received a spanking from my Mother. She was a simple, good-hearted woman that loved her family. She was shy and later in life didn’t leave the house very often because being in a crowd “choked” her.

She was a great storyteller. I love the stories of her determination, her tenacity and maybe even a little stubbornness. One such story comes to mind.

Grandma took care of her mother in her later years. One of Grandma’s brothers loved to take a little nip of whiskey from time to time. On numerous occasions, he appeared at Grandma’s house to visit his mother a little tipsy. Finally, Grandma had had enough. She told her brother to never come to her house again after drinking. He heeded her warning for a while, but one day drove up to her house, grabbed a bottle of alcohol, took a big swig and then put the flat-sided bottle into his back pocket. Little did he know that Grandma had looked out the window at the same time he took that swallow of Whiskey. Her brother walked through the kitchen door, nodded hello to Grandma and start to walk through the living room door on his way to see his mother. Grandma in the meantime had grabbed a cast iron skillet, took a big swing, hit his backside full force and broke the glass bottle into a thousand pieces. Months later he was still picking pieces of glass from his rear but rest assured he never again stepped foot into Grandma’s house with alcohol on his breath.

My Mother recorded Grandma’s stories on a tape recorder and then transcribed them into written form. I am thankful. How precious are these words from the mouth of Grandma. These words help us to understand her life and are a heritage that we cherish. In addition, she left behind many notes and comments that tell her family the kind of spiritual life she lead. She wrote notes in her Bible to her grandchildren. And left them for us to read.

She is the reason I work at saving pieces of myself for my children and grandchildren. I have written in my Bibles and journals a special message addressed to each Grandchild so they will know I loved Jesus and that I prayed daily for them.

Grandma died at the age of 92 while sitting on her couch reading her Bible. God called her home, and she closed her eyes to this life and woke into the presence of Jesus.