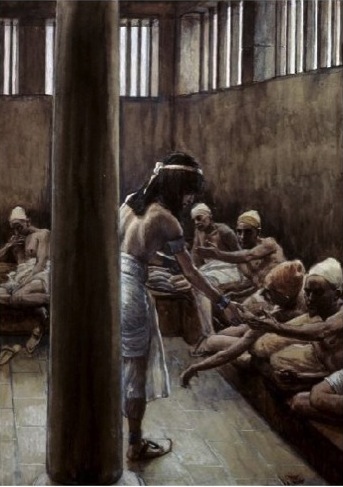 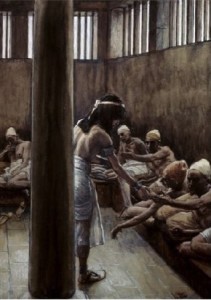 Joseph had his share of trials. I can’t think of many who experienced as many bad things as Joseph. He was hated by his brothers, thrown into an empty pit, sold into slavery, shackled in irons where he was taken to a foreign land, bought by Potiphar to serve in his household, falsely accused of rape by Potiphar’s wife, thrown into prison to be released at the pleasure of Pharaoh and brought before Pharaoh to interpret two dreams that Pharaoh’s greatest wise men could not interpret. All of these happened to him in a time period of 13 years.

But in spite of it all, Joseph seemed to be content in each of these trying situations. Not only was he willing to make the best of the situation but he was blessed in the process and others were blessed because of him according to the following scriptures:

Genesis 39:5-6  And it came to pass from the time that he had made him overseer in his house and over all that he had, that the Lord blessed the Egyptian’s house for Joseph’s sake; and the blessing of the Lord was upon all that he had in the house and in the field.And he left all that he had in Joseph’s hand; and he knew not anything he had, save the bread which he ate. And Joseph was a goodly person, and well favored.

With the assurance/confidence he had in Yahweh, Joseph knew God had it. His whole life and future were in God’s Hands and His alone. Nothing touched his life unless God had allowed it for His purpose. The events in Joseph’s life were experiences God had ordained for growing his faith, strengthening his perseverance in living and becoming a blessing to unbelieving people in a foreign land. What they saw was the example of a young Hebrew boy who believed in God and lived like he believed that his God was greater than any Egyptian god.

If we trust that God has the power to control all things that happen to us, then shouldn’t we too be content in the dark terrifying pit, at stressful times of work and raising children, or in a lonely prison we have created for ourselves? He gives us the strength to do what is necessary and He never leaves us alone.

Are you in a pit? Are you in a dark place that feels so dark, you don’t think you will survive? Remember Joseph’s story of faith. He knew that no matter the circumstance, God would give him the strength to make it through and He will do the same for you.