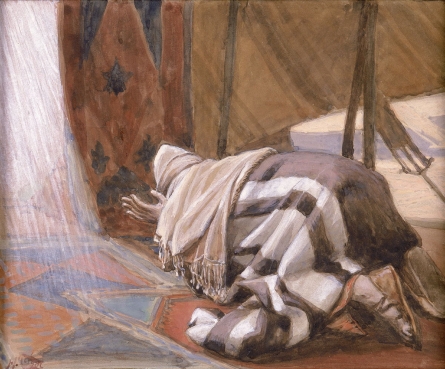 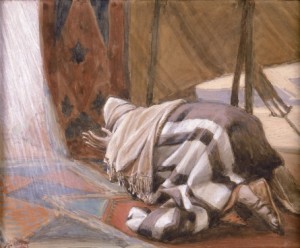 Hebrews 11:8-9  “By faith Abraham obeyed when he was called to go out to a place that he was to receive as an inheritance. And he went out, not knowing where he was going. By faith he went to live in the land of promise, as in a foreign land, living in tents with Isaac and Jacob, heirs with him of the same promise…”(ESV)

YHWH had called Abram to leave his homeland and settle in a land God would show him. Because of his obedience, YHWH would make a covenant with him and change his name to Abraham. This covenant promised eternal possession of the Promised Land, Abraham’s descendents would be as numerous as the stars in the sky, and YHWH would take care of them and protect them wherever they would go. Abraham passed the covenant promise to his son, Isaac who then passed it to his son Jacob. Jacob, father of Joseph and his eleven brothers, would pass the covenant promise on to his family and the following generations.

The faith of Joseph’s great grandfather Abraham was strong. Abraham had left his home in the city of Ur to follow Yahweh. God had told him to leave his home and go where He would show him. He did not tell him where he was going or what the plans were, He just simply said “go”. And Abraham obeyed.

Because he had faith in God, Abraham trusted God to provide for himself and his family. He had the assurance/confidence in Yahweh that He would protect them and care for them no matter the circumstances.

Because of his obedience, God Himself promised Abraham he would become a great nation with descendants as numerous as the stars in the sky. He promised land as far as his eye could see. Abraham had a personal relationship with God and He blessed Abraham and his descendants.

Joseph also obeyed the leading of Yahweh. Joseph did not know where God would lead him. He did not have control over the situation he was in but he believed God was in charge. He decided to follow God’s leading no matter the circumstance and trust that He would work things out for his good and according to His plan for Joseph’s life. And God did just that.

Joseph’s confidence in YHWH was reflected in his attitude and his obedience in following His commands and the commands of those with authority over him. Even in times of temptation, Joseph would not sin against God but was obedient to God’s laws as taught him by Abraham, Isaac and Jacob. Joseph found FAITH through Finding Assurance In Trusting Him. He learned to trust his God.

Do you have an obedient faith? Are you confident in God’s ability to take care of you and your family? Would you be willing to leave the comfort of your present home to go where the Lord has directed you to go? Would you in faith, speak boldly to a person standing in line at the grocery store in order to share the gospel simply because you felt a prompting from the Holy Spirit to do so? Would you be obedient to God’s leading for you and your spouse to “go” serve Him on the mission field or on the mission field in your own neighborhood?