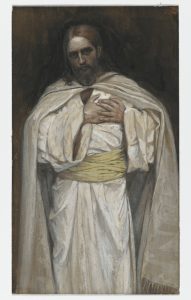 Did you know? If you have accepted Jesus as your Lord and Savior, then you too are adopted? You are an heir of the King of heaven with all the rights and privileges provided by your inheritance! Yes, you are adopted into the family of God because of Jesus. The apostle Paul wrote about this in the book of Galatians.

Paul traveled the known gentile Roman world spreading the gospel of Jesus Christ. Often he was met with opposition and other times his message of salvation in Jesus touched the hearts of those who listened. Many were saved and numbers were added to those who believed.

Often when Paul left these communities another group came with an opposing gospel. They taught the works of the law requiring Christians to follow all Jewish rituals and regulations. So when Paul wrote the following words to the church of Galatia, he was reaffirming the teaching he had spoken to them. He was reassuring them of the truth of the gospel.

“But when the set time had fully come, God sent his Son, born of a woman, born under the law, to redeem those under the law, that we might receive adoption to sonship.  Because you are his sons, God sent the Spirit of his Son into our hearts, the Spirit who calls out, “Abba, Father.”  So you are no longer a slave, but God’s child; and since you are his child, God has made you also an heir.”

To understand the context of these verses on a deeper level, let’s look at the time and culture of Paul as he wrote this letter to the Galatians. During this time Rome ruled a vast empire with establish laws governing all countries under its domination. Galatia was part of the Roman Empire.

In ancient Rome, adoption was a common practice among the upper class. In fact, Emperor Augustus adopted his successor Tiberius as his son. Wealthy families who needed a male heir for the purpose of inheriting the estate, the family name and political status and tradition adopted a grown man. For families without a son, adoption was common. Women were not usually adopted and neither were infants.

According to Roman law, a man was allowed to create an heir outside of his family. The adoptee was given a new identity and may not have been in the same social class as the man adopting him thus immediately elevating the adoptee’s class status. All old obligations and debts were wiped out and new obligations would be assumed.

An adopted child could never be disinherited since the parents knew exactly what they were getting, while a birth child could be disowned without good grounds.

As they read the words of Paul in his letter, the Galatia church would have related these verses to the Roman adoption practices.   Looking through the eyes of the Galatians, how does this application give us an understanding of the meaning behind what Paul wrote?

Here are my thoughts:

“But when the set time had fully come, God sent his Son, born of a woman, born under the law,” Galatians 4:4

Jesus Christ, the Son of God was born into humanity in the flesh as a Jewish male when God determined the time was right according to His plan.

“…to redeem those under the law, that we might receive adoption to sonship.” Galatians 4:5

Jesus came to change our status from sinner condemned to hell to a forgiven adopted child of God. He came to redeem us from sin. Our old debts and obligations are wiped out when our spiritual adoption takes place at salvation.

“Because you are his sons, God sent the Spirit of his Son into our hearts, the Spirit who calls out, “Abba, Father.” Galatians 4:6

Because God the Father has provided a way for us to be adopted as sons and daughters (through Jesus His Son), we are forgiven for all our sin. We are indwelt in our hearts by the Holy Spirit of God who guides, guards, and directs us through each day and we now have a personal relationship with Abba (an intimate term for God as Father usually translated as Daddy), Father.

“So you are no longer a slave, but God’s child; and since you are his child, God has made you also an heir.” Gal 4:7

We are no longer slaves with no rights or privileges but are now considered a son or daughter. As God’s child, we share an inheritance with other Christians. We are heirs to God’s kingdom and can never be disowned or cast out. Our inheritance is permanent. It began on the day when we accepted Jesus as Lord and Savior and will last through eternity. Our old sins and debts are gone and we now have a new identity: “A Child of the King”!

How is it possible to become a daughter of the King with inheritance rights? Only through Jesus.

Do you know Jesus as your Lord and Savior? Want to know how to become His heir? Click this link: http://myjourneyoffaith.com/howtobecomeachristian/

There is an old hymn entitled “A Child of the King.” The last verse tells the story of adoption. Here are the lyrics followed by the chorus.

My Father is rich in houses and lands,
He holdeth the wealth of the world in His hands!
Of rubies and diamonds, of silver and gold,
His coffers are full, He has riches untold.

My Father’s own Son, the Savior of men,
Once wandered on earth as the poorest of them;
But now He is pleading our pardon on high,
That we may be His, when He comes by and by.

I once was an out-cast stranger on earth,
A sinner by choice, and an alien by birth;
But I’ve been adopted, my name’s written down,
An heir of salvation, the kingdom and crown.

Prefer to listen to the song? Here it is….

This post was originally a magazine article for Encourage Magazine published by My Journey of Faith honoring Adoption month.  Regardless of whether you were adopted or parents of adopted children, when you become a Christ-follower you are adopted into the family of God.