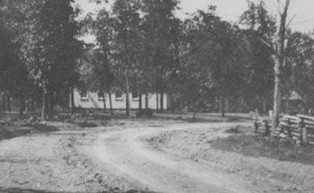 Willie Elizabeth Hulsey and her family came from Georgia in 1900 when she was three years old. They traveled on a train and arrived near DeQueen, Arkansas where extended members of her family were living. As sharecroppers in Georgia, the Hulsey family were following their dream of owning land made possible by the Homestead Act. They worked and lived in a little community called Avon. Willie’s heart always belonged to Avon until she passed away at the age of 92.

Willie grew to adulthood, married and had children of her own in Avon. It was a small community with other families who cared about homes and family. The stories she told her children and grandchildren were recorded by her daughter Margaret on cassette tape.  The following are recorded stories about Avon community and school that have been converted to digital format by her granddaughter Sandra.  Listen to two of her stories about Avon school and how she felt about living in this very special place.